News
Quadrant Repurpose, a 50/50 joint venture between Quadrant and Eccleston Capital, was established just over a year ago with the aim of converting redundant retail space to others uses, either by acquiring properties outright or working on behalf of landlords and retailers. 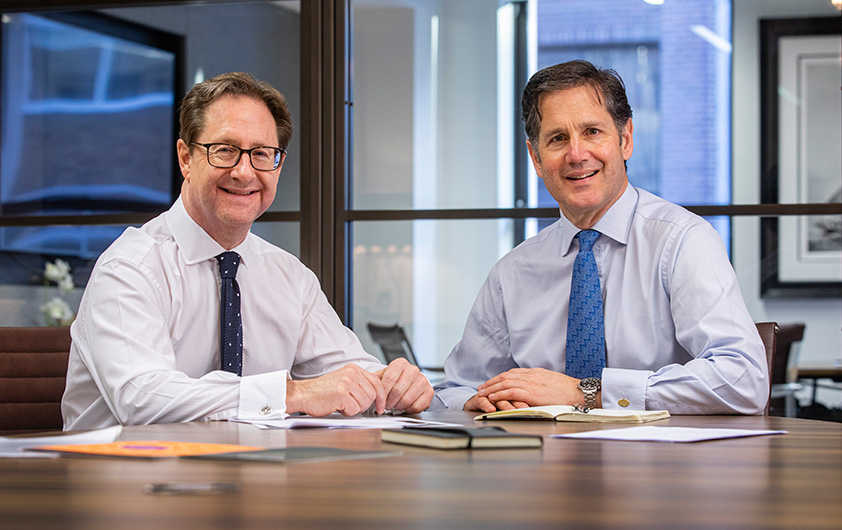 Quadrant Repurpose, a 50/50 joint venture between Quadrant and Eccleston Capital, was established just over a year ago with the aim of converting redundant retail space to others uses, either by acquiring properties outright or working on behalf of landlords and retailers.

It has plenty of potential projects to choose from. After all, the retail sector has been one of the hardest hit and retail property values have tumbled. But the high cost of conversion can be prohibitive and repositioning retail assets is more challenging than ever.

Property Week caught up with Quadrant Repurpose founders Chris Daniel and Mark Phillipson to discuss progress to date and to find out what they are planning next.

It is fair to say that Quadrant Repurpose got off to an inauspicious start. Just two months after the business launched at the start of last year, the country went into lockdown and all but essential retail closed.

When the duo spoke to Property Week last year following the launch, one of their stated aims was to breathe new life into the beleaguered department store market.

However, Quadrant Repurpose only recently completed its first acquisition last month – not a department store – when it exchanged contracts with Aviva Investors to buy Hersham Green Shopping Centre in Surrey in a new partnership with LaSalle Investment Management, as revealed by Property Week.

The duo readily admit they underestimated the scale of the problem facing department store operations.

“We saw the sector as being under pressure, but I don’t think we felt there was going to be quite the clearout that there has been,” says Daniel.

They had a number of “dry runs” on potential department store sites in the last year and in hindsight Phillipson is relieved that nothing came of these opportunities.

“Thank goodness we didn’t buy any [department stores] in the past 12 months because prices have been consistently dropping,” he says.

Phillipson adds that despite not going ahead on a number of potential projects, there hasn’t been a single one he thinks they’ve missed out on.

“We didn’t buy them because pricing and costs have gone in the wrong direction and so if we had done them at those numbers we were thinking at the time, we’d be getting quite hot under the collar about them,” he says.

“As the year went on, it became more crucial that we did not make a mistake with the first project. We are very preoccupied with doing the right – and profitable – stuff.

“The sad commercial reality is that one mistake can cost you a lot of money for a long time so we desperately didn’t want to rush it and we didn’t want to make a mistake.”

To that end, the duo instead homed in on Hersham Green Shopping Centre, a food-led retail scheme that they snapped up for £17m, reflecting a net initial yield of 5.18%.

The JV is now exploring different options for the scheme, including redeveloping the shopping centre into a PRS or retirement living scheme. They hope to submit a planning application within the next 12 months.

“It’s a classic opportunity to redevelop this dated retail space,” says Daniel. “There are alternatives that make much better use of it.

“We can incorporate a proper mix of uses, there’s retail – and you’ll have residential in its many guises whether that’s private sale or ownership, affordable senior care – right away across the spectrum.”

While the business has not bought any department store sites, it has been appointed asset manager on Tristan Capital Partners’ mixed-use scheme in Plymouth, where it will transform the former Derry’s department store into a 500-bed PBSA scheme managed by Homes for Students, a 110-bed Premier Inn hotel and around 20,000 sq ft of retail, food and beverage space, which is now being marketed.

“We are very preoccupied with doing the right stuff”
– Chris Daniel

“They are still very interesting buildings that often remain the original anchor for a number of highstreets, so those buildings, no matter what they’re going to be used for, are key parts of every town centre regeneration,” he says.

The pair are now sizing up a number of new projects to buy and manage – from department stores to shopping centres – all under the repositioning banner.

“we’re better educated than we were a year ago because we’ve been through more and more appraisals and looked at more and more projects,” says Phillipson.

“We are just going to carry on being really selective about our sites and hopefully keep building a pipeline.

“At the end of the day, we’re not a charity, so we do want to make profit and so do our investors.”

Daniel adds: “We’ve always been disciplined in the way we bid, and perhaps one of the reasons for that is because we are always investing our own money. It’s hard-earned capital that we don’t want to throw away.”

Even with retail values crumbling and an abundance of opportunities coming to the market all the time, Phillipson and Daniel stress the importance of buying the right property at the right price.

“Costs haven’t gotten any cheaper; in fact good construction has gone up,” says Phillipson. “That’s where a lot of people who bought things last year may start coming unstuck this year, which they weren’t necessarily expected to know.

“But we were being told ‘what out for this’ last year and thankfully we listened. We’re definitely in the market to buy, but we need to make sure we’re buying at the right price.”

As things slowly start to open up again and buyers and sellers gain greater transparency around pricing, Quadrant Repurpose is well positioned to find it’s own place and sense of purpose.